Appealing Film Ratings from the MPAA in 2012 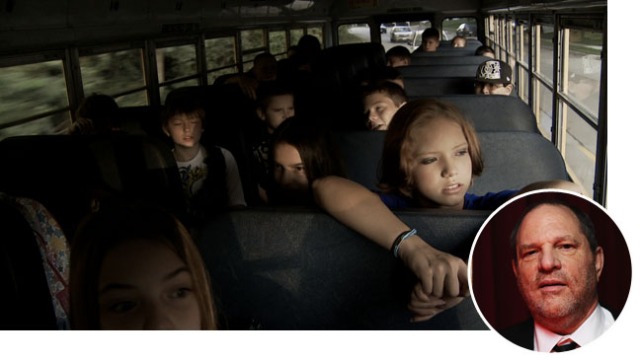 In today’s economy the entertainment industry is undergoing a lot of changes and film makers have become much more heavily invested in less restrictive film ratings. Obviously, this has become a big deal to the film makers because of the audience sizes for PG-13 and PG films being much more attractive in size and revenue over ones that are rated R or NC-17. Usually a G rated film is usually only for family films now a days, which would make this non applicable in this post. G rated films make serious money and are generally most profitable in a whole though.

Recently there has been some upheaval about films that received unfavorable ratings, such as the upcoming film “Bully”, where film director Harvey Weinstein’s (The Artist won the 2011 Oscar for Best Picture), latest flick received an R rating over a couple of f-bombs. In agreement to Weinstein, who’s appeal for the film was rejected (Bully remains an R-rated film.), I think that with the changes of time that the MPAA needs to change their standards on how films/entertainment is rated. While everyone is pushing towards “wholesome family friendly entertainment,” I really think people need to be better educated on the content which isn’t deemed “wholesome and family friendly” and be able to have a better mind for their own when they see a drop of blood or after hearing some choice four letter words. I remember watching Casino Royale back in 2007 thinking this was the most violent and adult PG-13 movie I had seen in years, there is gratuitous levels of violence, suggestive sexuality themes, gambling, and a torture scene. These are things we have become accustomed to in American culture, and yes, people know these sorts of things are not desirable in today’s society, if we become better educated on them, and the potential detrimental effect they can place upon society, then I don’t think this will be as much of a problem. I recently learned about the “Cultivation Theory” where media effects scholar George Gerbner talks about how “people who watch a little too much TV, start to think the world is a more dangerous place than it really is.” End rant.

Lower ratings are now desirable in films because of how sensitive parents have gotten over media effects, and from the cathartic effects movies have had on youth now a days. Youth are constantly being targeted since; they have the ability to nag their parents about going to see a movie on a Friday night with their friends. College students are adults who are able to make their own decisions and thus have begun seeking other entertainment alternatives since going to see movies in an actual big screen theater has become much too costly for most adults to consider seeing a movie now a days. I mentioned earlier how “G” rated movies make the most money in the box office. To articulate this, look at large families with small children. Children are VULNERABLE targets in advertising and can easily command their parents to take them to see the latest Ice Age film on opening weekend. People go to see kid’s films in large amounts, Mom, Dad, little brother, little sister, etc. There is also a good chance this could become a large group outing with multiple families involved, when tickets are about $10 for admission this obviously shows why ”family” films have become very desirable and highly profitable in today’s economy. Think about that.

Some other failed film appeals so far have been “Sea Level” which is an action adventure film that unsuccessfully tried to score a “G” rating, and “Killer Joe” which also failed in its attempt to be rated lower than NC-17. One film “The Perks of Being a Wallflower” however did manage to get their film lowered to a PG-13 from an R rating. There is also mention in a LA Times article I read about how independent film makers feel they have are being biased against by the MPAA, thus a majority of independent films get an R rating, although when I watch them, I rarely see any questionable content, just groups of adults talking about complex and existential subject matter. 12 films have been appealed for their ratings in 2012 which is a high number for the MPAA, and most of 700 films the MPAA rates per year rarely get appealed. It’s rare that the MPAA appeals to into the double digits, according to LA Times. I however think that this number will increase as film makers become more and more rating conscious.

BUTTER YO BREAD! A PLACE TO GET YOUR BREAD BUTTERED! BRING THE LOTION! Writing about music, art, and anything else which makes you wanna butter some bread!
View all posts by butteryobread →
This entry was posted in Entertainment and tagged 2012, bully, film, harvey weinstein, movie ratings, movies, mpaa. Bookmark the permalink.

4 Responses to Appealing Film Ratings from the MPAA in 2012