Posted on March 8, 2012 by butteryobread 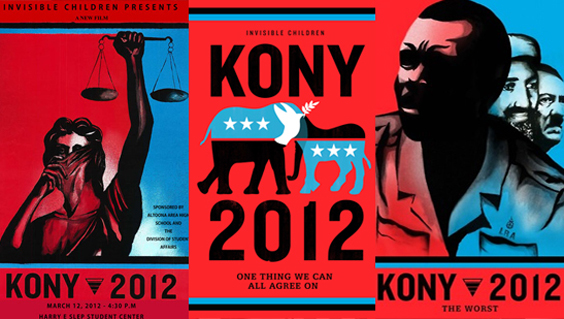 “Kony 2012” is a viral video created by political activist group Invisible Children in March 2012. The video is an emotionally gripping 29 minute piece talking about African war criminal Joseph Kony, and the various crimes he has committed against humanity. The story follows Jason Russell, an activist and member of Invisible Children, his son Gavin, and a Ugandan escaped refugee named Jacob. The film emotionally captures Joseph Kony as a maniacal evil man and how he employs child soldiers, and also commits crimes of making women into sexual slaves, rapes, pillaging, murder, mutilations, and sometimes even cannibalism.

Invisible Children has proposed an “awareness campaign” in which it’s objective is to “make Joseph Kony” famous, the intention on drawing buzz around Joseph Kony so people know who he is and demand for justice against him, which according to Invisible Children and Jason Russell is the only way to get the U.S. government to care about this cause. The video gives Kony’s background as the leader of the “Lord’s Resistance Army” (aka the LRA) which is an extremist group whom rape, kill, and use children as soldiers and are Christians. Also the video does a good job with connecting with people by introducing Jacob, a young Ugandan boy whose brother was killed by Kony and the LRA. To promote awareness of this issue, the video has become viral on the internet and has gained support from many people via Facebook and Twitter. Invisible Children’s approach focuses on “culture makers” whom influence people such as influential celebrities like Rihanna, George Clooney, and Mark Zuckerberg. After influencing the common American people, Invisible Children wants to use this massive group of people to demand change in policy and target “policy makers” whom are politicians in government with the authority to determine if the United States will deploy soldiers in Africa in efforts to arrest Joseph Kony. Invisible Children has not had much success initially with persuading government officials to take action against Kony and the LRA. 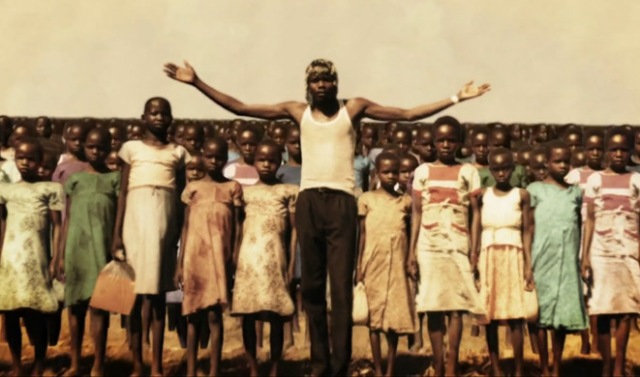 There has been some criticism regarding this campaign, since it’s video launch on March 5, 2012. Initially without researching the Joseph Kony crisis, the posters and imagery used in Invisible Children’s campaign glorifies Kony as a figure to be made famous, the posters are made to look identical to posters seen in political campaigns. This is very confusing and misleading to the undecided people whom Invisible Children is trying to convert into activists for their cause. Also, another criticism in this developing story is that just raising awareness on a cause does not provide a solution for it. Take Saddam Hussein and Osama Bin Laden for example. These people are international terrorists whom everyone knew who they were and what they did to become infamous war criminals. However this has done nothing to actually eliminate the problem, which took years of persistence for these individuals to be eliminated/captured. Other criticisms discuss how “America has its own problems with poverty and people losing their jobs to be concerned with international affairs.”, and with how Invisible Children is using sensationalist propaganda and agenda setting to raise money (by selling “Action Kits” and T-Shirts) to support themselves and the amounts of money they spend on advertising and management expenses. There is a plethora of backlash against the campaign, even in regards to inaccuracies in research, and hyping up the numbers to make the story more appealing/engaging to their audience. The true intentions behind this “awareness” campaign are questionable in areas, however the story and motives behind it are very noble. Ultimately, it is you the reader of this blog, and the socially connected people of modern society to decide for themselves if they support this cause or not, there will be people on both sides of the fence. 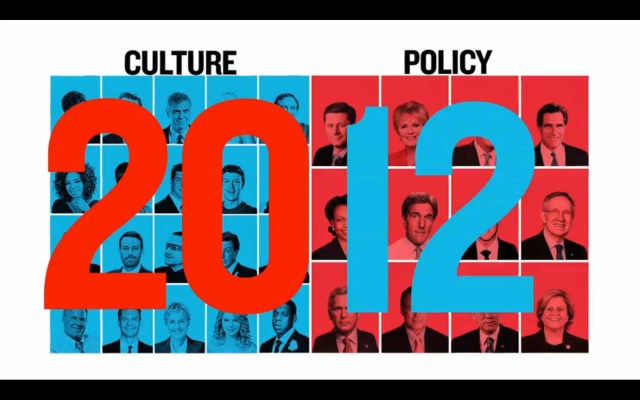 In the video, Gavin who is film maker Jason Russell’s son asks what he can do to “stop the bad guys from being mean.” This is a demonstration of someone who is young,and is wanting to contribute to the cause, which questions why more young people do not help in getting involved with the Kony 2012 awareness campaign. The viral YouTube/Vimeo video currently has about 20 million views online, and is generating much buzz from celebrities via Twitter such as P.Diddy, Justin Bieber, Nicki Minaj, etc. Invisible Children is calling for a “cover the night” event on April 20, 2012 which in the various cities throughout the world, people are planning to post posters and various propaganda in unison to create more awareness of bringing justice to Joseph Kony in 2012. It will be interesting to see where this goes in the developing weeks prior to April 20th.

See the film for yourself:

BUTTER YO BREAD! A PLACE TO GET YOUR BREAD BUTTERED! BRING THE LOTION! Writing about music, art, and anything else which makes you wanna butter some bread!
View all posts by butteryobread →
This entry was posted in Learning Experience, Politics, Special Event and tagged 2012, activism, invisible children, joseph kony, politics, poverty, video, war, youtube. Bookmark the permalink.